Kokoschka used the doll as a model for paintings, hired a full time maid for her and took her to the opera and parties. There was speculation about how far their intimacy went. He hired servants and friends to spread rumours about the doll and the newspapers gleefully relayed the stories. The last and most infamous occurred when Kokoschka beheaded the sex doll at a wild party and poured red wine over her. The following morning a police patrol saw what they thought was a corpse in his garden and burst into his house to arrest him.

Would Kokoschka be more satisfied wih the realistic dolls now available? In the 90’s artist Matt McMullen created a realistic silicone female mannequin and documented the process on his website. He was inundated with emails asking if it was ‘anatomically correct’. Although it wasn’t, McMullen realised there was a lucrative market and began making the Sex Doll to order. Many companies can now make an exact replica of someone if you provide photographs and measurements. They have glass eyes, real hair, synthetic flesh, artificial intelligence based personalities, respond to voice commands and over 100 sensors spread around their body. With the latest 3D modelling techniques able to laser scan and replicate a detailed human figure, the ultimate duplicate is close at hand.

The perfect doll for Kokoschka? I doubt it. In her essay, Oscar Kokoschka’s Sex Toy, Bonnie Roos reveals that Kokoschka regarded his mannequin as an artwork. He designed, created and very publicly used it as a piece of performance art. Soon after the doll incidents, Kokoschka was appointed as professor at Dresden Art Academy, a role that involved a great deal of responsibility, man management and paperwork. The governors would not have appointed someone crazy. They understood that the doll was part of his artistic agenda. They also knew of the long association between artists and mannequins, from the Renaissance through to Manet, Renoir and Degas. Puppets and mannequins also featured strongly in the contemporary Dada and Surrealist movements. It is also revealing that Alma touchingly suggested Kokoschka make a replica of her as a solution to his anguish at losing her.

Kokoschka intended the doll to increase his reputation and fame. It worked. Here we are, one hundred years later, still discussing it. Not crazy but shrewd. 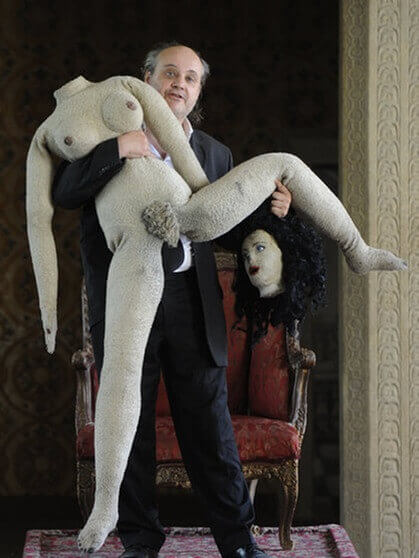